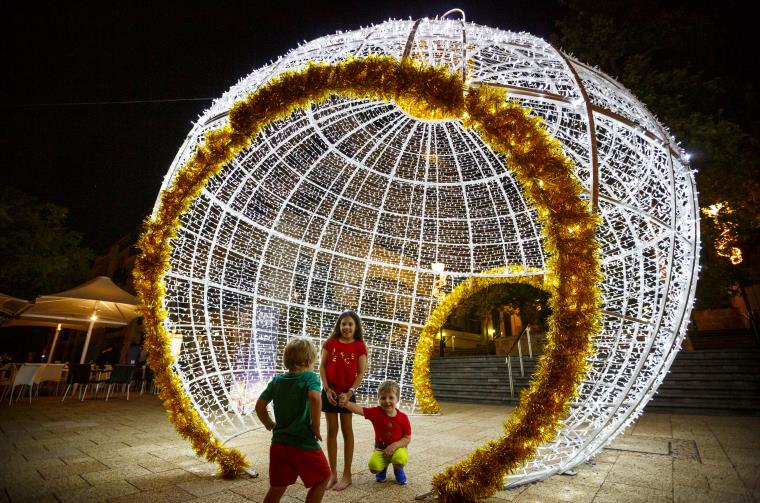 christmas bauble
This Christmas, take the opportunity to discover a different side to the city. Situated in East Perth, the delightful little neighbourhood of Claisebrook is characterised by the Swan River that runs along its east side, dipping in to create the lively Claisebrook Cove.

Once you’ve picked up all your Christmas shopping in the CBD, catch one of our free city CAT buses to Claisebrook Cove in East Perth for the Lotterywest Lights Trail.

The Lotterywest Lights Trail has three installations to admire. As you wander the trail, enjoy a riverside walk which creates a magical backdrop all of its own.

Next along the trail is Light Up Christmas, the dazzling Christmas tree that’s situated near Victoria Gardens and set to light up Claisebrook Cove.

The third and final installation (number 28 on the Trail) is the Giant Bauble. A favourite every year, it’s hard to miss this giant festive bauble reflecting on Claisebrook Cove, situated near Royal Street. 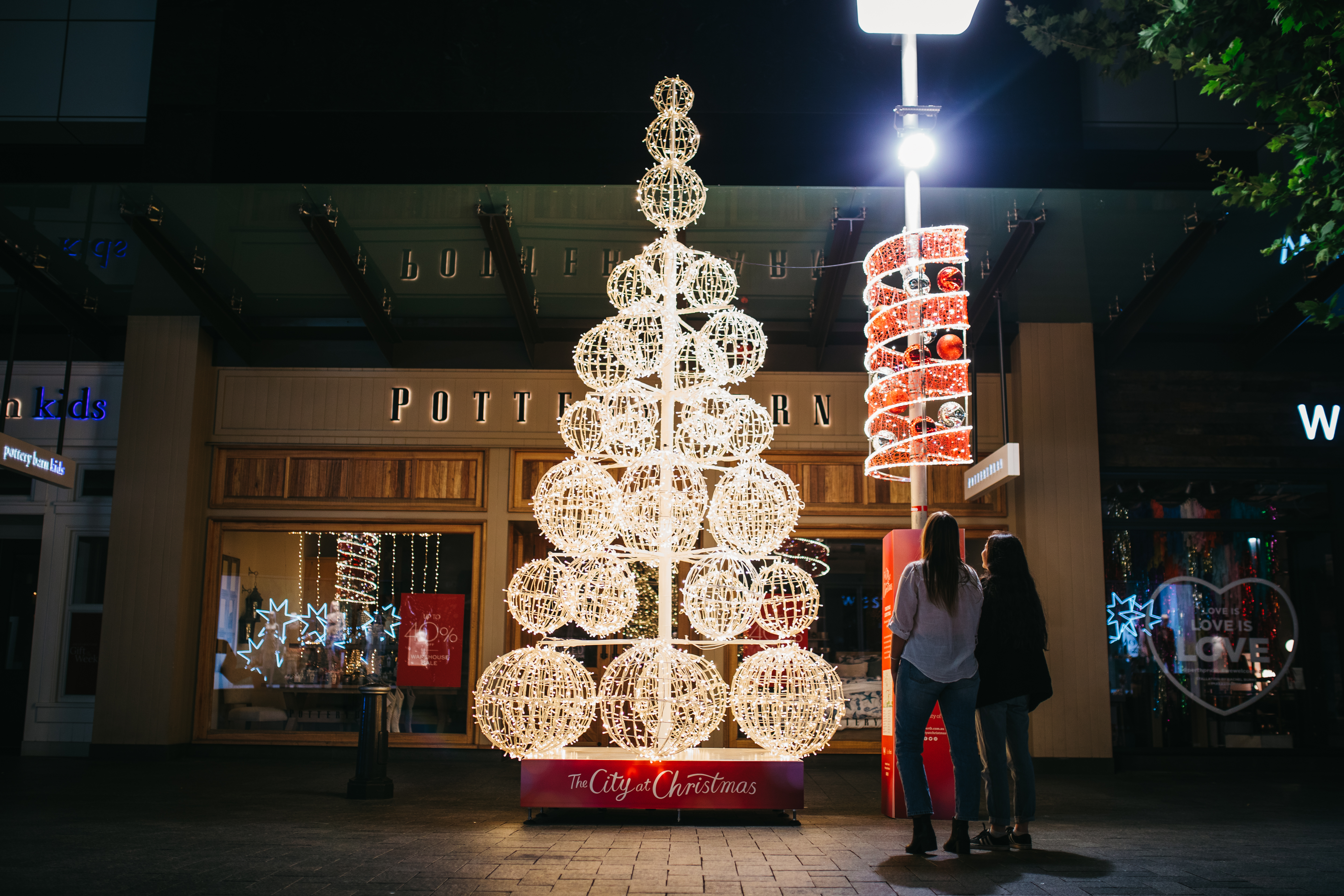 Once you’ve taken a few festive snaps with the installations, there are plenty of options to eat out along the river and take in the scenery. The Partisan is a waterfront dining locale that has a relaxed easy-going vibe and plenty of outdoor seating, so you can take in the view of the water or indulge in a spot of people watching. If you want an authentic Italian cuisine on the river Gioia on the River is the perfect place. Goia meaning ‘Joy’ in English will certainly fill your heart and belly with its namesake. You can always rely on dinner and drinks at The Royal, serving Australian pub classics with a modern twist complete with waterfront views!

As you wander the trail, you can also soak up the cove from a different perspective by jumping on a solar powered electric ferry at Little Ferry Co! Take in the Swan River scenery on a round trip and enjoy the stunning scenery of Claisebrook. 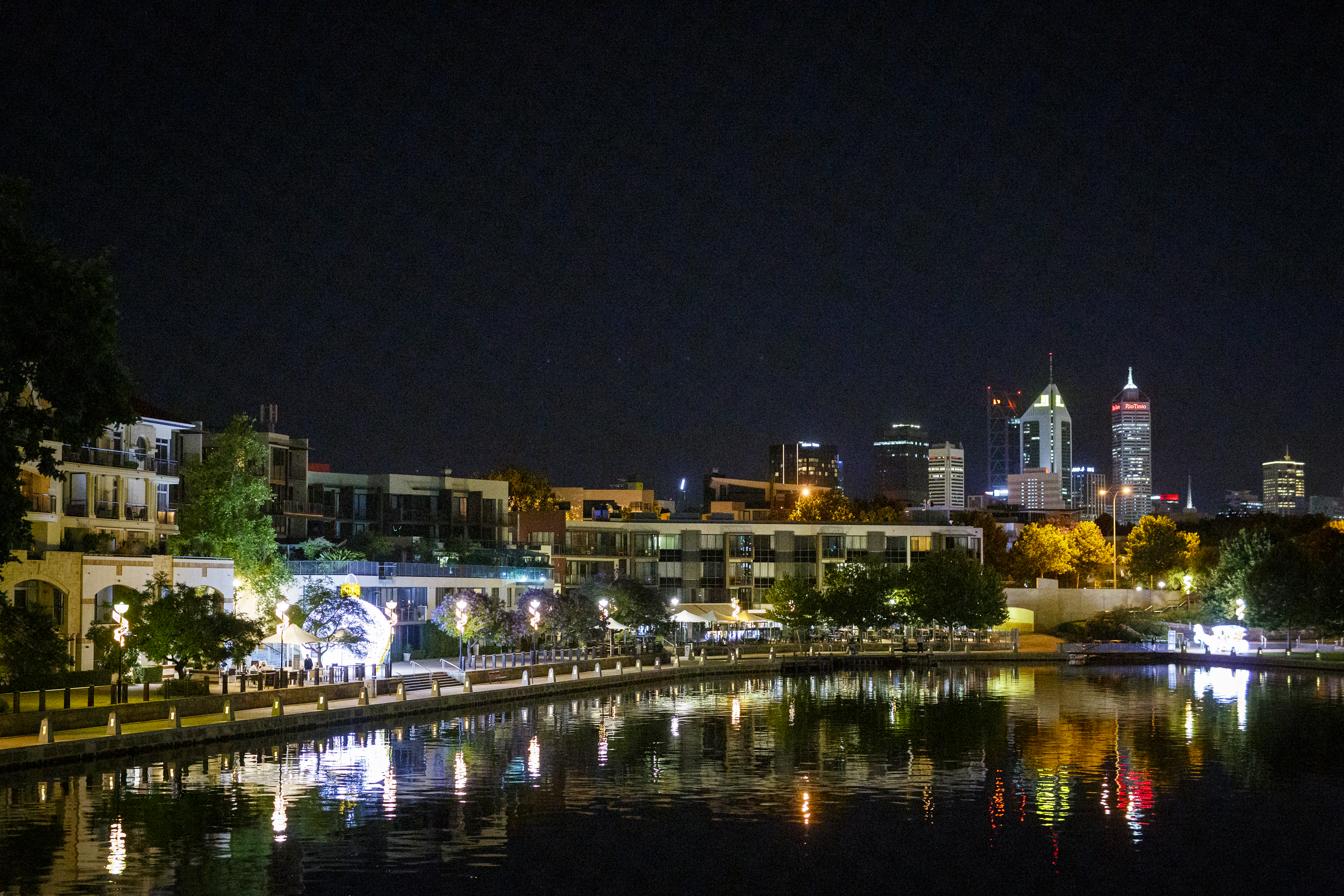 If you’d like to visit the Lights Trail during the day Victoria Gardens can be a destination in itself! Pack a picnic and make full use of the facilities while relaxing under original trees that were retained when the area was developed in the 90s. Stroll up and down the naturally hilly landscape to discover artwork that celebrates the area’s Indigenous history.

Head down to the Lights Trail on Wednesday 9 December and you’ll be sure to get a treat at Victoria Gardens. Our free Brass on the Grass concert is back this year for good ol’ Christmas tunes! Open your ears and picnic baskets and enjoy the sounds with family and friends – someone jolly might even make a visit!

There are also plenty of cafes to get your morning coffee fix or enjoy a brunch with friends. The spot to go for an all-day breakfast with a vintage vibe, Toast has been popular with locals for years. Settle in for a meal or grab n’ go to keep exploring the neighbourhood.

If you’re keen to explore more, click on these links for more Trail guides for our Central Red, Central Blue, Northbridge and West Perth trails.

Free parking options, specialty stores, free family festivities, plus seasonal cocktails and new restaurants to explore, the city truly has All You Want For Christmas. #thecityatchristmas 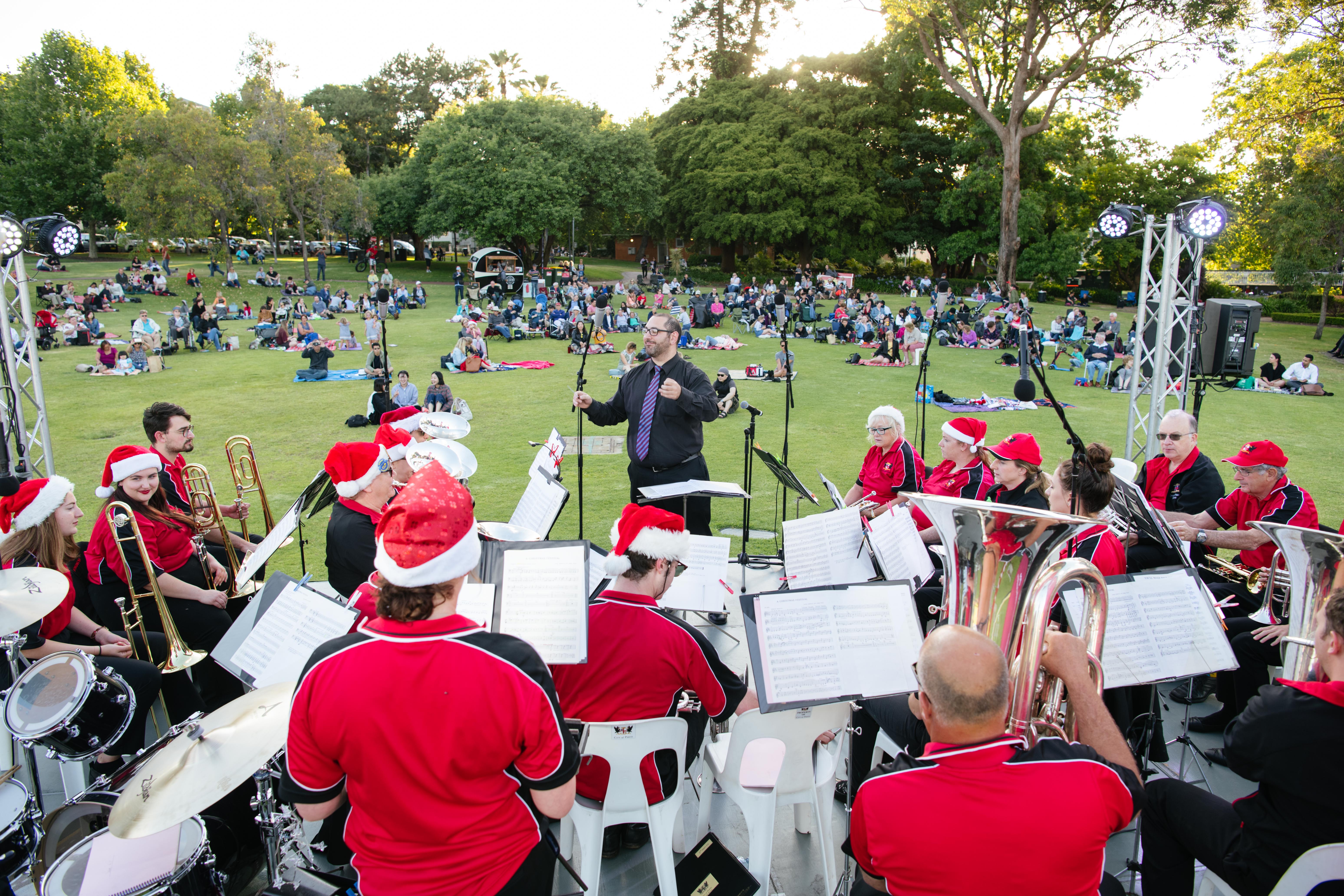 brass on the grass